Solvents with low UV absorbance, such as methanol, acetonitrile, hexane and tetrahydrofuran (THF) are often used for the mobile phase in HPLC because the UV detector is the most commonly used detector. HPLC grade of these solvents, which have even lower UV absorbance, are available. Figure 11-1 shows the effect of the acetonitrile grade in a gradient separation. The abundant impurities in the reagent grade acetonitrile constantly increases the baseline on the left chromatogram, which makes quantification difficult. It is noteworthy that the impurities in the solvent are also concentrated in sample pre-treatment or preparative HPLC.

HPLC grade THF is stabilizer free, whereas reagent grade or lower grade THF includes 3,5-di-tert-butyl-p-hydroxytoluene (BHT) as a stabilizer. In gradient mode, BHT can appear as a peak. If it is used as a diluent, the BHT peak might cause misidentification. On the other hand, HPLC grade THF is gradually oxidized. Please be aware that the storage period after opening. 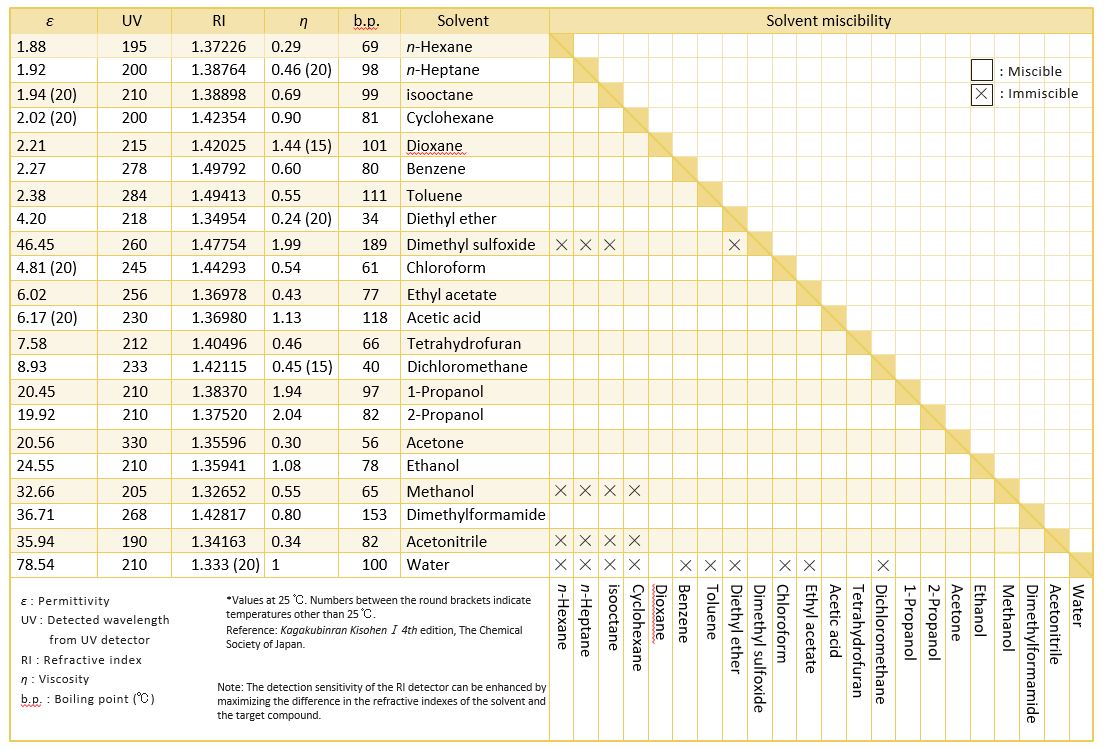