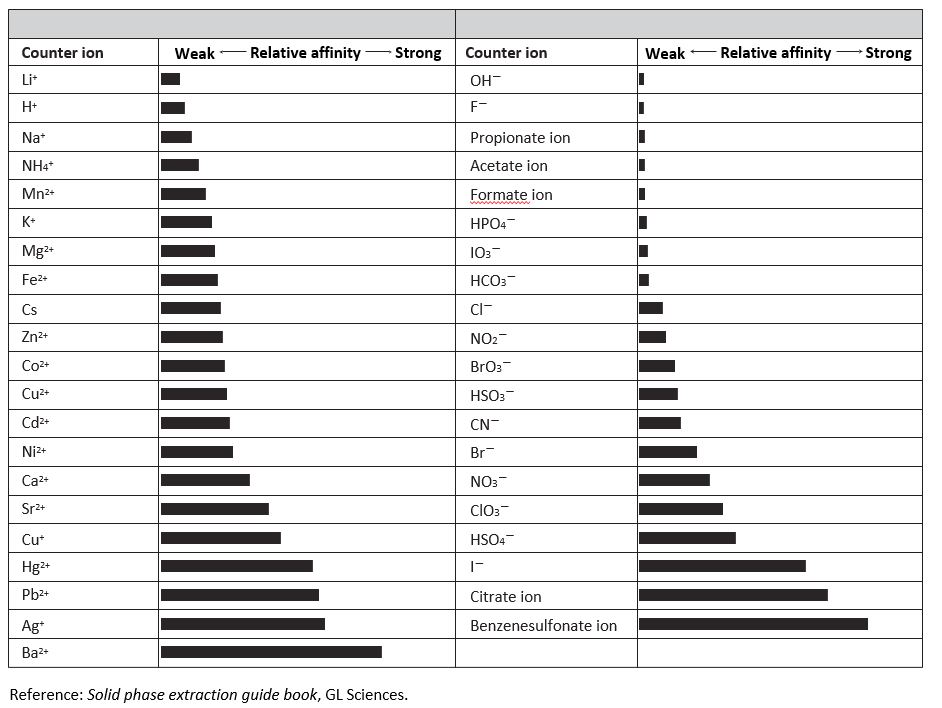 In general, the retention in reversed phase HPLC becomes low when analytes are in their ionic forms. In other words, if the pH of the mobile phase keeps the analytes in their non‐ionized form, the retention becomes relatively strong. For example, imidazole is more strongly retained in the column when the pH of the mobile phase is above 9 compared to the pH below 5 where imidazole is ionized. Base‐resistant columns such as InertSustain C18 enable analysis with such basic mobile phases. Ion‐pair reagents are used to retain ionized compounds.
Therefore, the pH has to be adjusted such that the analytes are ionized. When analyzing imidazole with an ion‐pair reagent, for example, the pH below 5 is typically employed to ionize imidazole.