2. How to Change Elution Patterns

The quantification of a target compound becomes more difficult if coexisting compounds overlap. Such a problem can be solved by changing the elution pattern. Some of the methods shown in this section might be useful when elution order designated by an official method cannot be achieved.

2-1. Changing the pH of the Mobile Phase 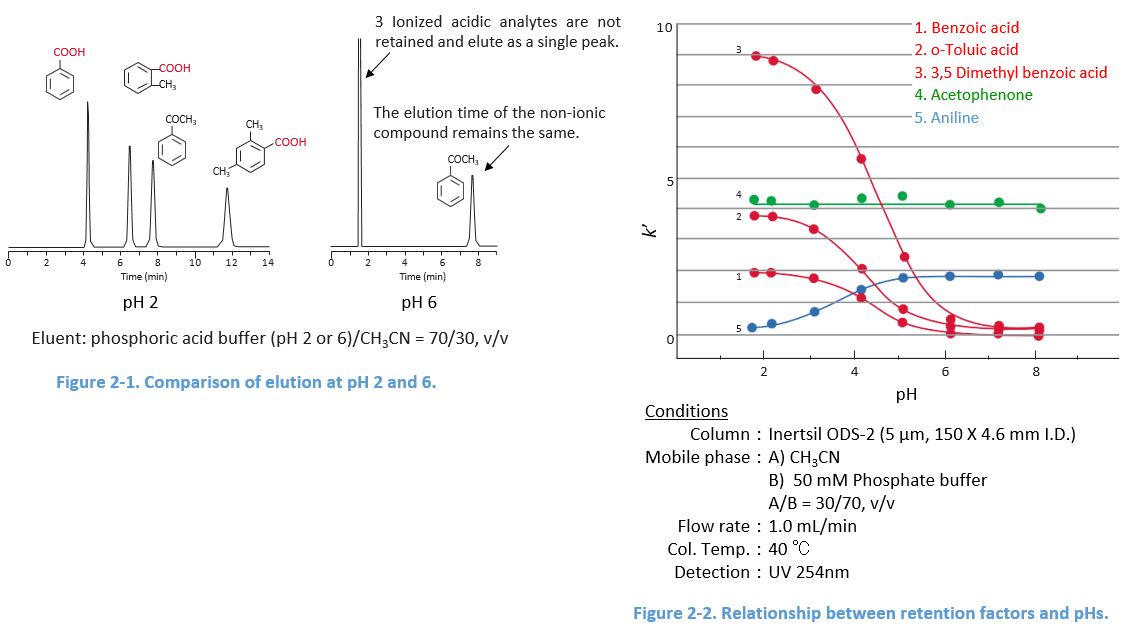 2-2. Changing the Type of Organic Solvent in Eluent

The change of organic solvent may influence not only the retention but also the elution order of the compounds. For example, methanol and acetonitrile are the most frequently used solvents in reversed phase mode. If your analytes are insufficiently separated with methanol or acetonitrile, alternatively using tetrahydrofuran (THF) or 2-propanol (IPA) might improve the separation.

One of the column characteristics is stereo selectivity, which shows how much the column recognizes difference in steric structures. In general, the more densely the surface of the packing material is covered with the functional groups, the higher stereo selectivity is. For example, even with the same functional groups (e.g. ODS), elution pattern changes if stereo selectivity is different. Attention must be paid when using a highly hydrophobic column with a water rich mobile phase because the retention time may be unstable.

If the functional groups of the column possess π electrons, such as benzene rings, analytes are retained not only by hydrophobic interaction but also by π electron interaction. As a result, the elution pattern of these columns often differ from ODS or C8 columns, the functional groups of which are alkyl chains. This kind of retention is very effective to change elution pattern of those compounds which contain double bonds or benzene rings.

When there is an electric charge on the packing material surface like in non end-capped columns, an electrostatic interaction may arise and the elution of the compounds may be fast. 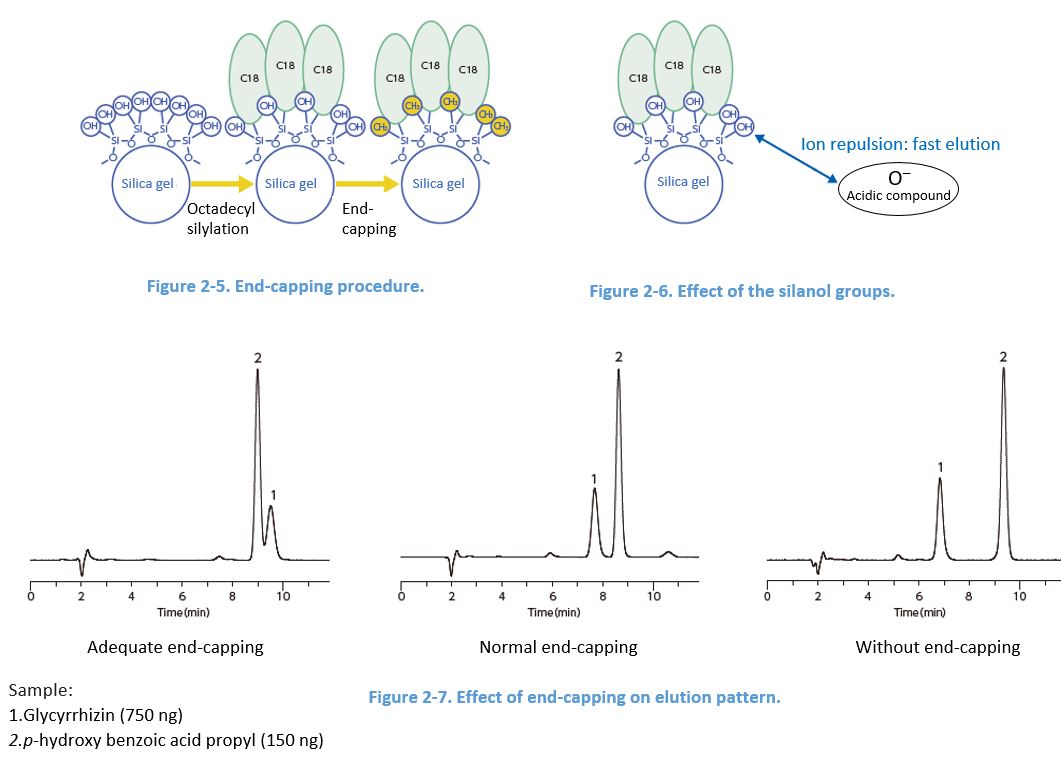