The mobile phase in the fractions has to be removed, for example by rotary evaporation. Organic solvents easily evaporate under vacuum, but the removal of water is bothersome and time-consuming. Therefore, it is desirable to maximize the organic content in the mobile phase. Imagine that there are two columns having different retentivity, and the following mobile phase compositions are required to elute the same compound at the same time.

In this case, 20% higher methanol concentration needed for the stronger retentivity column is better for the solvent removal.

Peak tailing of acidic and basic compounds depends on the end-capping quality. Residual metals on the packing material can cause peak tailing of metal chelators. As shown in Figure 2-1, undesired adsorption can spoil the separations. 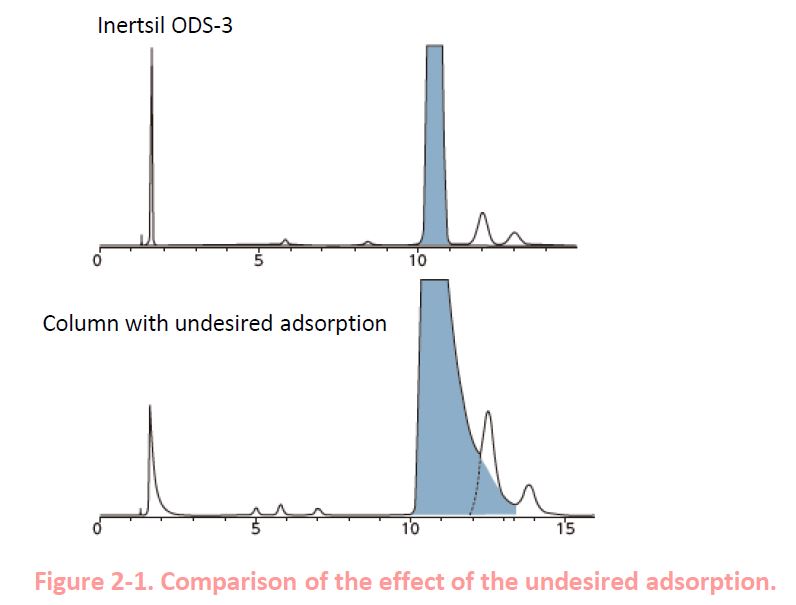 Even if proper separations are possible in the beginning(Figure 2-2 top), preparative columns with a short lifetime soon lose the initial performance (Figure 2-2 lower right). If the fractionation is executed according to a program, the shifts of the elution times result in contamination. If the fractionation is executed according to the increase in the intensity, overlapping of the target compound with impurities by peak broadening can lower the purity. 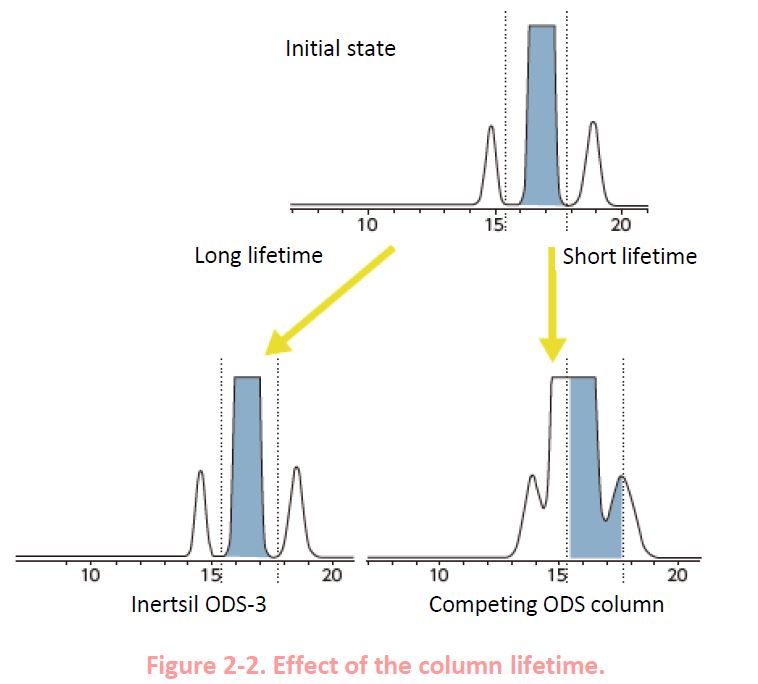 Preparative HPLC consumes a lot of solvents. Considering the running costs, methanol can be the first choice. The low boiling point of methanol makes the solvent removal easy. However, the column pressure becomes higher with methanol than with acetonitrile, and the flow rate might not be able to reach the optimal. By using particles with a narrow particle-size distribution and a high sphericity, the column pressure is suppressed and fractionation at the optimal flow rate becomes possible. In addition, the damage to the pump is reduced and the less frequent maintenance decreases the running costs.