The molecules of the target analytes pass through the fine pores in the particles in the packing material.
Core-shell particles are formed around a solid non-porous core, resulting in less diffusion inside the fine pore structure. This differs from the more traditional fully porous particle.
When using a core-shell column, the distribution of molecules in the peak is narrower when the target compound is eluted from the column, resulting in a greater number of theoretical plates. 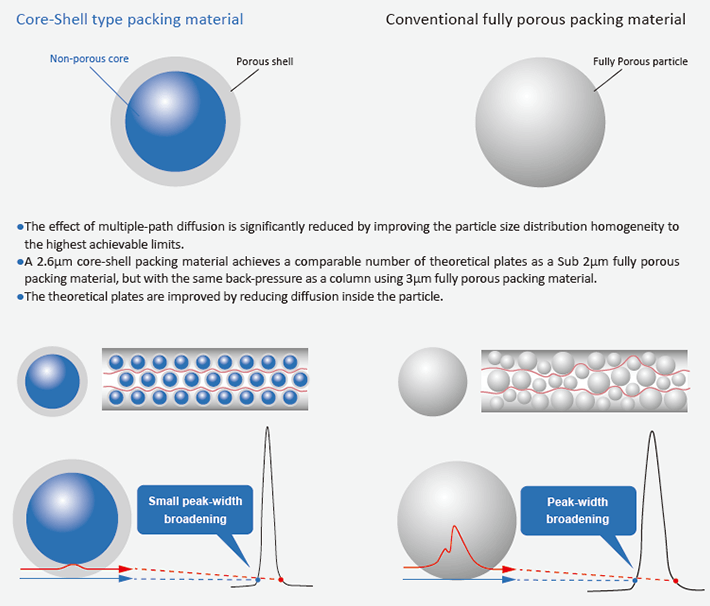 Comparison with Products from Other Suppliers

The InertCore Plus C18 columns are subjected to rigorous internal quality control from bare silica
manufacturing to inspection, resulting in superior reproducibility due to shell layer homogeneity. 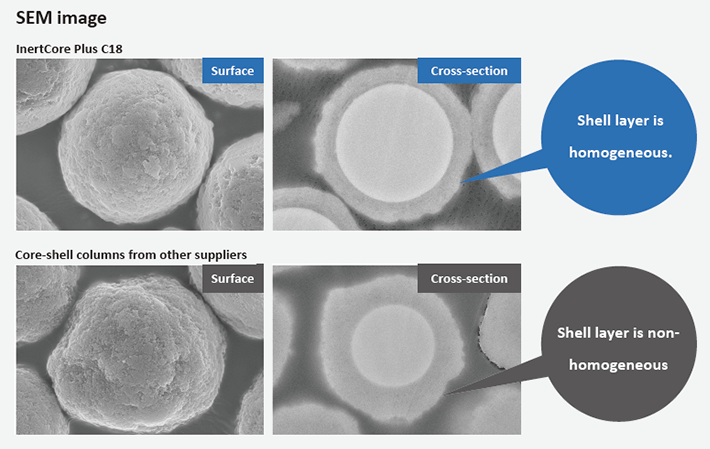 Note) The type of fitting connections used is Parker type (UP type).

Note) The type of fitting connections used is Parker type (UP type).